Yaacov Agam, one of the founding fathers of the Op and Kinetic Art movement, was born in Rishon-le-Zion, Israel (then Palestine), in 1928. Agam’s father was a rabbi and Hebrew philosopher and his early experience of Judaism laid the ground for the core concepts ofhis artistic practice which he has maintained for over 60 years. Agam trained at the Bezalel Academy of Art and Design in Jerusalem, before moving to Zürich, Switzerland in 1949. In 1951 the artist moved to Paris where he still lives and works. His first solo exhibition was at the Galerie Craven in Paris in 1953, entitled Peintures en Mouvement. He exhibited, alongside other op and kinetic pioneers including Alexander Calder, Jesús Rafael Soto and Victor Vasarely, at the Le Mouvement exhibition by Denise René in 1955.

Although he did not follow the fundamentals of Judaism, he was interested in depicting the form of divinity. In 1964, Agam wrote his artistic credo: “My intention was to create a work of art which would transcend the visible, which cannot be perceived except in stages, with the understanding that it is a partial revelation and not the perpetuation of the existing. My aim is to show what can be seen within the limits of possibility which exists in the midst of coming into being.” Agam works in a variety of media, including painting in two and three-dimensions, drawing, sculpture, ceramic, stained glass, serigraphy, lithography, etching, and mixed media. He is recognised for a technique called ‘Agamograph’, a type of lenticular printing that combines radically different images on a corrugated surface that present themselves depending on the perception of the viewer. Agam’s Star of Peace (1979) was commissioned in commemoration of the peace-making efforts between Anwar el-Sādāt and Prime Minister Menachem Begin. The work merged the five-pointed star of Islam and the six-pointed Star of David in one kinetic sculpture.

In 1980 the Guggenheim Museum presented the solo exhibition, Agam: Beyond the Visible. In 1996, UNESCO awarded him the Jan Amos Comenius Medal for the Agam Method for the nonverbal visual education of young children. In Asia, the touring solo-exhibition Agam (1989) was presented at the Isetan Museum of Art, Tokyo; Daimaru Museum, Osaka; and Kawasaki City Museum. In 2010 he was commissioned by the Taipei city government for a large public mural titled The Heart of the Fountainhead. At the Centre Pompidou there is an entire room dedicated to Agam, including an installation with six translucent plexiglass screens of different colours in front of floor to ceiling kinetic Agamographs and a polished steel geometric sculpture in the centre. The installation was originally made for Georges Pompidou for his private apartment at the Elysee Palace, reflected in the title; Aménagement de l’antichambre des appartements privés du Palais de l’Elysée pour le président Georges Pompidou (Salon Agam). In 2017, the Yaacov Agam Museum of Art opened in the artists hometown of Rishon LeZion and is devoted solely to his work. 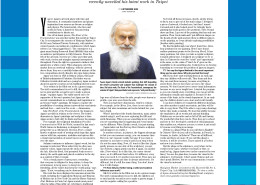 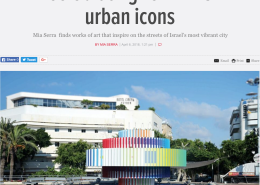 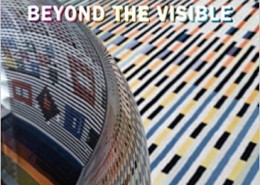 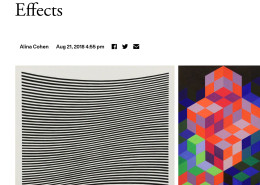 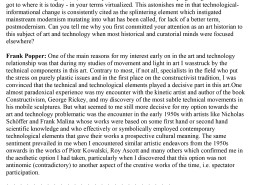