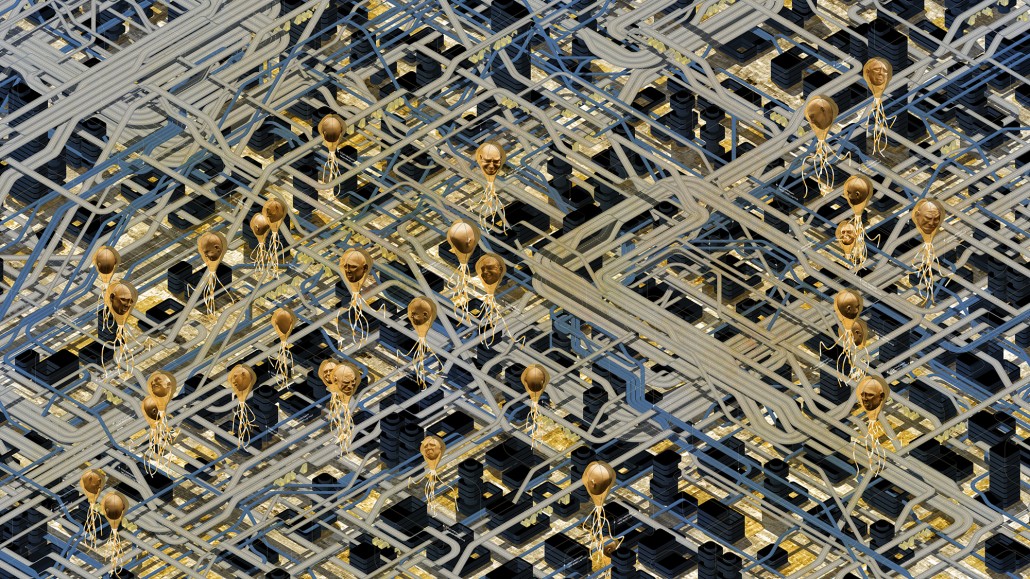 (Hong Kong, 28 August 2017) Puerta Roja, pioneering the introduction of Latin American artists to Asia since 2010, presents Social Constuction. This exhibition will introduce Mariasun Salgado, a rising Spanish artist, alongside Carlos Aguirre, one of the precursors of conceptual art in Mexico.

What distinguishes us as human beings is not our ability to create social and physical structures, but that as “architects” we raise these structures in imagination, we conceptualise them before we erect them. These structures generate intersubjective narratives that exist external to the individual and are experienced differently at the personal and collective level. Global modernisation has altered our urban environments like never before. Megastructures and hyperconnected living spaces engulf us, they tower over us with a scale that makes their existence seem unquestionable. The ideologies and motifs behind the development of our external world, both physical and virtual, feed back into our internal conception of reality. Social Construction explores the relationship between ideological structures and contemporary architecture, presenting works by Spanish architect and artist Mariasun Salgado, alongside works by one of the pioneers of conceptual art in Mexico, Carlos Aguirre.

Mariasun Salgado’s surreal cityscapes explore the utopian and dystopian, juxtaposing the past, present and future to generate a distinctly postmodern point of view. In the series ‘Excess’ and ‘Space Explosion’ selected for this exhibition, she uses a tablet to create impeccable technical architectural drawings, maintaining tactile interaction while using a digital interface. Hybridising the analogue and digital, she creates a space that lies between realism and abstraction. Salgado layers narrative elements to express her theoretical concepts by collaging vintage photographs into the work—tinting the futuristic scenery with feelings of nostalgia. She cuts and pastes different mediums, to develop a unique and highly intellectual creative process. As a result, Salgado’s works address the anxieties that arise from contemporary structures, with a particular focus on contemporary urban overcrowding and hyper-density.

Carlos Aguirre’s architectural digital spaces accompany seamlessly but distinctively those of Salgado. Experimentation lies at the heart of Aguirre’s creative process—the artist is constantly learning by means of trial and error with new materials and techniques. His work exploring architecture begins with photographing his everyday environment on daily walks. He then playfully arranges, re-arranges, assembles, manipulates and adjusts the images, until a distilled reality has been abstracted. Consisting largely in digital format -the artist refused to paint since his formative years- Aguirre’s work is highly flexible and materialised in multiple forms, from small scale printed format to ephemeral site-specific large-scale installations. The works of the exhibition will reflect digitally constructed spaces, both in concept and in composition.

Puerta Roja has also chosen to include as part of the exhibition a selection of Aguirre’s better- known socially and politically charged works using language. As language can be understood as the architecture of the mind, its inclusion extends the conceptual dialogue from the core of the exhibition.

Further, it is the nature of the most recent events in world politics that made this inclusion not only pertinent but also imperative for Aguirre and Puerta Roja. The gallery will present a just-finished work stemming from the artist’s most recent and extensive project on Donald Trump’s rise in American politics. We believe it provides a window into the changing social construction in America -and its repercussions on all of us around the world- as distilled from the language used by one of the most polemic political figures in modern history.

Puerta Roja is delighted to announce its participation in Art Stage Jakarta...

Puerta Roja is delighted to announce its participation in KIAF with Carlos Cruz-Diez,...
Scroll to top